You don’t have to pay a king’s ransom to map the world. This is because you can do it all with free GIS software.

The best part is:

These free GIS software give you the firepower to get the job done as if you’re working with commercial GIS software.

When QGIS releases a new version, it’s kinda a big deal. Because the unsung heroes of open source GIS software are back! It’s their third big release. QGIS 3!

Open source flows in the DNA of QGIS 3. It’s been genetically tailored to break the mold of commercial GIS.

Not only because it’s now in 3D. But QGIS plugins still give you the power to analyze like the Incredible Hulk.

QGIS 3 is the most inventive release. For example, it brings a whole new set of cartography, 3D, and all its convenience worth its weight in gold.

After the epic GIS software battle in GIS history between ArcGIS vs QGIS, we illustrated with 27 differences why QGIS is undoubtedly the #1 free GIS software package.

QGIS is jam-packed with hidden gems at your fingertips. For example, you can automate map production, process geospatial data, and generate drool-worthy cartographic figures. There’s no other free mapping software on this list that lets you map like a rock star than QGIS. 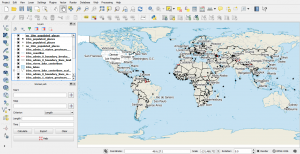 QGIS Plugins boost this mapping software into a state of epicness. If the tool doesn’t exist, search for a plugin developed by the QGIS community.

Volunteer effort is key to its success. The QGIS Stack Exchange support is impressively great. If you’re still searching for free GIS software, you’d be insane not to download the free GIS software QGIS. Here’s your beginner’s guide to QGIS to get your feet wet.

After QGIS, gvSIG is the next best option for free GIS software. Its features are underrated. For example, it has a field app, 3D capabilities, and a desktop application.

Despite its lack of English documentation, the gvSIG project is still easy to pick up and work with. We illustrate in this gvSIG guide and review why we like it SO much. 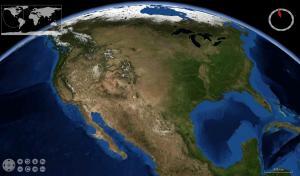 GRASS GIS (Geographic Resources Analysis Support System) was developed by the US Army Corps of Engineers as a tool for land management and environmental planning.

It has evolved into a free GIS software option for different areas of study.

Academia, environment consultants and government agencies (NASA, NOAA, USDA and USGS) use GRASS GIS because of its intuitive GUI and its reliability.

The extinction-proof ILWIS is a free GIS software for planners, biologists, water managers, and geospatial users. ILWIS is good at the basics – digitizing, editing, displaying geographic data. Further to this, it’s also used for remote sensing with tools for image classification, enhancements, and spectral band manipulation. 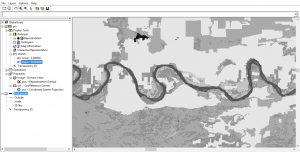 Over time, it has improved support for time series, 3 analysis, and animation. Overall, I found it difficult to do some of the basics like adding layers. However, the documentation is thorough with a pretty decent following for usage.

SAGA GIS (System for Automated Geoscientific Analyses) is one of the classics in the world of free GIS software.

It started primarily for terrain analysis such as hillshading, watershed extraction, and visibility analysis.

Enable multiple windows to lay out all your analysis (map, histograms, scatter plots, attributes, etc). It provides both a user-friendly GUI and API.

It’s not particularly useful in cartography but it’s a lifesaver in terrain analysis.

Closing gaps in raster data sets is easy. The morphometry tools are unique including the SAGA topographic wetness index and topographic position classification. If you have a DEM and don’t know what to do with it – you NEED to look at SAGA GIS.

One of the nicest things about it is how it comes with sample data for you to give a test-drive. From simple box-plots all the way to regression statistics, GeoDa has complete arsenal of statistics to do nearly anything spatially.

Its user base is strong. For example, Harvard, MIT, and Cornell universities have embraced this free GIS software to serve as a gentle introduction to spatial analysis for non-GIS users. From economic development to health and real estate, it’s been used as an exciting analytical in labs as well.

Yes, Whitebox GAT (Geospatial Analysis Toolbox) is #8 on the list of open source, free GIS software. Unbelievably, Whitebox GAT has only been around since 2009 because it feels so fine-tuned when you see it in action.

Where it shines is LIDAR! With no barriers, Whitebox GAT is the swiss-army knife of LiDAR data.

The LiDAR toolbox is a life-saver. For example, LAS to shapefile is an insanely useful tool. But you may need a Java update to go in full throttle though.

The cartographic mapping software tools are primitive compared to QGIS. But overall Whitebox GAT is solid with over 410 tools to clip, convert, analyze, manage, buffer and extract geospatial information. I find it amazing this free GIS software almost goes unheard of in the GIS industry.

In 2000, MapWindow was proprietary GIS software. However, it has been made open through a contract with the US EPA called “Basins”. At this point, The source code was released to the public.

Now that MapWindow 5 has been released, it surprisingly has some serious punch. For example, MapWindow does about 90% of what GIS users need – map viewer, identify features, processing tools, and print layout.

It has some higher-level tools such as TauDEM for automatic watershed delineation. While HydroDesktop for data discovery, download, visualization, and editing, DotSpatial for GIS programmers. Also, it has an extensible plugin architecture for customization.

uDIG is an acronym to help get a better understanding what this Free GIS software is all about.

When you start digging into uDig, it’s a nice open source GIS software option for basic mapping. uDig’s Mapnik lets you import base maps with the same tune as ArcGIS

Specifically, it’s easy-to-use, the catalog, symbology, and Mac OS functionality are some of the strong points. But it has limited tools and the bugs bog it down to really utilize it as a truly complete free GIS software package.

Formerly JUMP GIS, OpenJump GIS (JAVA Unified Mapping Platform) started as a first class conflation project. It succeeded. But eventually grew into something much bigger. Because of how its large community effort grew, OpenJUMP into a more complete free GIS software package.

One of its strengths is how it handles large data sets well. Rendering is above-grade with a whole slew of mapping options. For example, you can generate pie charts, plotting, and choropleth maps.

OpenJUMP GIS Plugins enhance its capabilities. There are plugins for editing, raster, printing, web-processing, spatial analysis, GPS and databases. Conflating data is another option with a whole lot more from its plugins.

The initial purpose of FalconView is to be a free and open source GIS software. Georgia Tech built this open software for displaying various types of maps and geographically referenced overlays.

Now, most of FalconView’s users are from the US Department of Defense and other National Geospatial-Intelligence Agencies. This is because it can be used for combat flight planning.

In SkyView mode, you can fly-through even using MXD files. It supports various types of display like elevation, satellite, LiDAR, KMZ and MrSID.

OrbisGIS is a work-in-progress. Its goal is to be a cross-platform open source GIS software package designed by and for research.

It provides some GIS techniques to manage and share spatial data. OrbisGIS can process vector and raster data models. 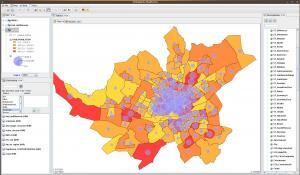 It can execute processes like noise maps or hydrology process without any add-ons. Orbis GIS Plug-ins are available but are very limited for the time-being.

The developers are still working on the documentation. You may want to look elsewhere until this project gets sturdy up on its feet. 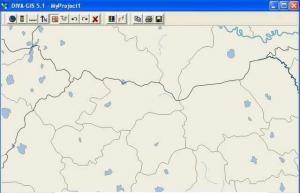 It’s possible to extract climate data for all locations on the land. From here, there are statistical analysis and modeling techniques to work with.

For the biologist in you, it’s worth a long look for biologists around the world. Otherwise, you should be looking at one of the top options above.

As we have shown, there’s a bucket load of free GIS software that can: